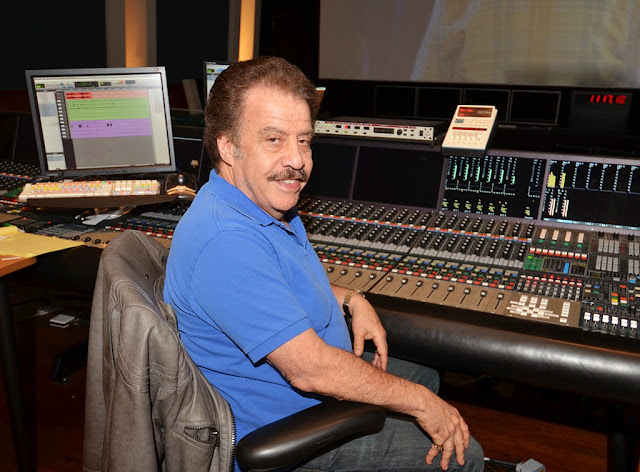 "If I get 2-track source music, I use Penteo," Maslow comments. "It's impressive to take a 2-channel mix and make it come out of 5 speakers. I just finished a film called 'Tammy'. Every cue in that movie, from source needle drops to music score was all 2-track. The opening cue was a stereo record by the Allman Brothers that was released in 1986, and it worked great. I used Penteo from reel 1 to reel 6 and everything worked flawlessly."

When asked how he previously accomplished upmixing from stereo to surround, Maslow explained, "I would take the left and right track of a 2-track and run them through a couple of panners, fold it in a little bit so the left and right contributed to the center just a little bit. Then I would take a boom box, take a feed from the left and the right and return it to a fader to get the bottom end for the boom. That would give me left, center, right, boom. For left surround, right surround I would try to get a very short reverb to feed to the surrounds. That was the problem -- it would always put some sort of echo into the track."

Maslow, who is a 3-time Oscar winner and 2-time Bafta-winner, has worked on hundreds of films, including the recent "Non-Stop," starring Liam Neesen, last year's "The Great Gatsby," and classics such "Raiders of the Lost Ark," "The Empire Strikes Back", and "The Last Waltz."

"I used Penteo on last year's 'RED 2' with Bruce Willis and Hellen Mirren," Maslow recalls. "There was a lot of 2-track source music and even some of the score was 2-track. For me, Penteo is a very useful tool. I wouldn't do another film without it if 2-track music comes in. It really makes you look good when you can take a 2-track mix and create a 5-channel mix."

Maslow elaborates on the use of Penteo 4 Pro, "For the film I'm working on now, the music was 2-track strings, 2-tracks brass, 2-track percussion, so then I have to think about how I'm going to work with that. I can't just put them all left-right. Sometimes I used to take the percussion and put it in the center, but with Penteo, I just feed all the 2-channel mixes in and it comes out as a 5.1 score. That's what I want and it really sounds good."

"I find that a lot of 2-track mixes are very narrow and by using Penteo it gives me the hard center that I like," says Maslow. "When you're playing with a 2-track you just get left and right and a phantom center, not a hard center. Penteo gives me a hard center with that bottom end that I like, and it just fills the room up better than a 2-track does. Any two track that comes to me now is going through Penteo."

It is customary for a re-recording mixer to deliver a preliminary mix and then get feedback on revisions. "I usually am asked to make changes, but on the last show I just finished, I didn't get one note from the music department. Not one comment when we screened the film and they listened to it. Usually I would get some notes, but I got nothing, no critical notes at all. They loved everything, so it does make me look a little better because of the way the music comes out."

Once a film with a surround soundtrack is ready for distribution, it must also be compatible in stereo, as well. Penteo 4 Pro is 100-percent ITU down-mix compatible to the original stereo. The plug-in features an intuitive visual interface modeled after vintage gear, and offers six automated preset modes as well as advanced manual controls for fine-tuning.

About Audiotech Digital Limited (ADL)
Penteo transforms any stereo recording, soundtrack, DJ mix or live television broadcast into perfect 5.1 surround sound. Developed by ADL, Penteo 4 Pro remains faithful to the original stereo mix; no artificial sound manipulation is used. The Penteo 4 Pro plug-in creates a perfect surround experience for all stereo media with zero sonic artifacts, crisp and discrete center-channel, and only Penteo is 100% ITU down-mix compatible to the original stereo. Penteo has been used by major studios on hundreds of films, TV shows and music recordings and supports AAX64, RTAS, VST and AU formats. Discover the world of Penteo at perfectsurround.com.
at 1:19 PM 0 comments

GC Pro Revs Up the Audio for Shelby American Bash 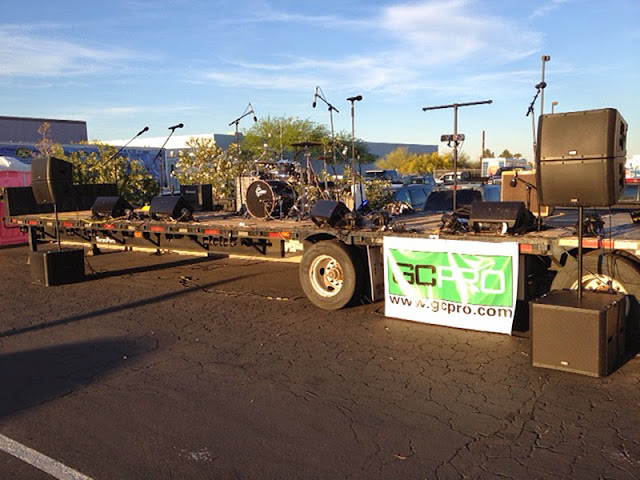 Few names in high-performance automotive design carry the weight of Shelby American. The company has been creating high-performance cars since the early 1960s, after founder Carroll Shelby retired from his brief racing career. Since then, cars like the Shelby Cobra as well as his famous Ford Mustang-based Shelby GT350 and Shelby GT500 have set the benchmarks for drivers with the need for speed.

Each year at the Shelby Motor Company headquarters in Las Vegas, Nevada, the company holds an annual event called the Shelby American Bash, where Shelby vehicle owners from across the country can come together and compare their vintage and new Shelby models. The event features live music and other events where audio needs to be loud and clear over the roaring of those race engines. For the past two years, GC Pro along with Guitar Center's Las Vegas Townsquare location have supplied the audio and lighting gear to make the event a huge success. Additionally, GC Pro staff assisted in setting up and doing the live sound engineering for bands performing at the event. 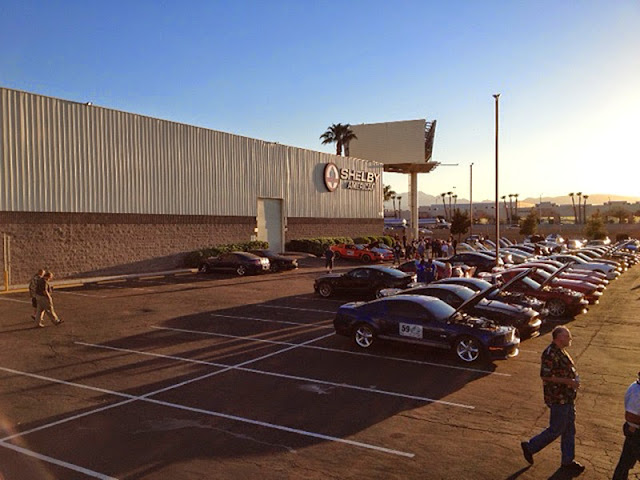 The 2014 Shelby Bash was particularly significant, with this being the 50th anniversary of the Ford Mustang. This year's event also commemorated the first time the Shelby Bash has been held in the newly relocated headquarters of Shelby American. Shelby's new HQ is located just off the strip, next door to Guitar Center’s Townsquare location. The new facility houses all operations of the Shelby American Motor Company, consolidating multiple buildings near the Las Vegas Motor Speedway into one single location that is easily accessible to tourists and motor enthusiasts.

For more information on Shelby American, click here. To learn how GC Pro can provide the gear and services you need for your most important live sound events, visit gcpro.com.
at 3:44 PM 0 comments