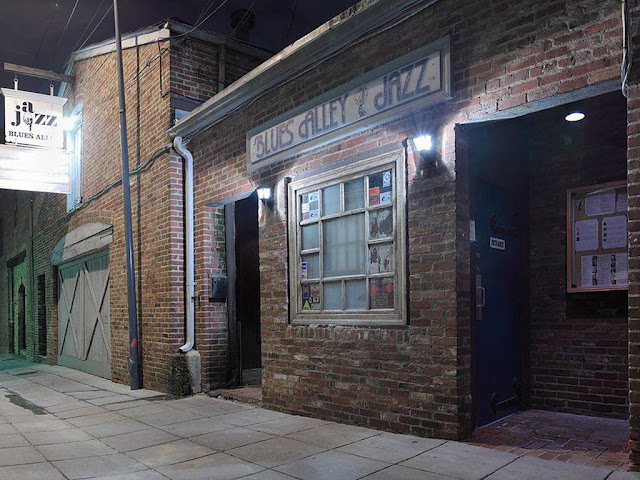 WESTLAKE VILLAGE, CA, March 2, 2016 — Blues Alley is one of the country’s most prestigious jazz clubs. Since 1965 the legendary Washington, D.C. venue has hosted a who’s who of jazz greats including Sarah Vaughan, Sonny Rollins, Tony Bennett, McCoy Tyner and dozens more. For around 360 nights a year, aficionados can hear the greatest stars in jazz in an intimate setting that feels like a large living room. Until recently, however, the venue was using an older sound system that needed an upgrade, which was achieved thanks to Guitar Center Professional (GC Pro), the business-to-business (B2B) division of Guitar Center providing highly customized service for professional accounts.

Blues Alley was in need of a new soundboard and was referred to Scott Schwartz, GC Pro Account Manager based at the division’s Rockville, MD location. Schwartz impressed them with his knowledge and professionalism, giving several recommendations, and even working with brand reps to allow the club to get hands-on experience in practical application by sourcing sample units to use in the club. So when it was time to upgrade the rest of the system, in preparation for the club's 50th anniversary, a call back to GC Pro and Scott Schwartz was a no-brainer. "Scott understood our needs, recognized our challenges and immediately had a team together, ready to get started,” says the club's Operations Director Kris Ross. Schwartz told Ross "You're a world-renowned venue, and I know we can make your system better." The club agreed and gave GC Pro the contract.

“The overriding consideration was that the system had to sound natural and complementary to the mostly acoustic instruments used in jazz, and to vocalists,” said Schwartz. “Blues Alley needed a system that would enhance the sound of the performers, not impose its own sonic signature over everything.” 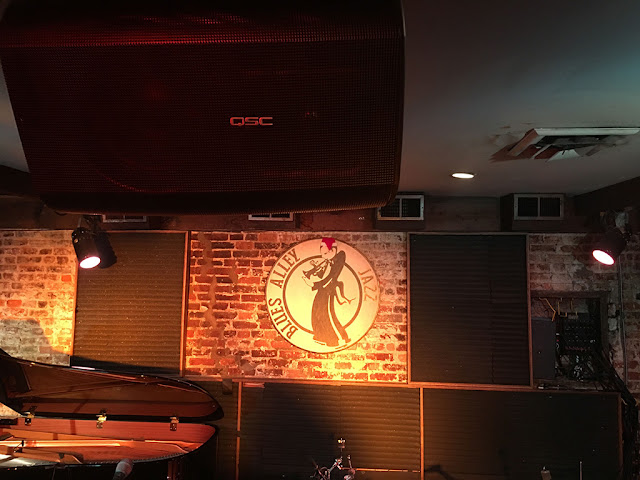 A view of the stage at legendary Washington, D.C. venue Blues Alley, with one of five QSC AD-S12 (2-way 12-inch) loudspeakers visible – part of the extensive AV upgrade sourced through Guitar Center Professional.

“We had to overcome significant acoustic, architectural and logistical challenges, not the least of which was having to get the system installed in one day over Labor Day weekend!” noted Angelo Kokkinakos, who with his brother Lou owns and operates Koko Brothers. “There’s a narrow ‘alley’ of seating at stage left, and wider, shallower seating at the center and right. The ceiling is very low and there are two columns in the middle of the room that affect the acoustics. We had to configure the system to ensure there was even coverage everywhere even though the seating of room is so non-symmetrical.”

To this end, representatives from QSC collaborated with GC Pro and Koko Brothers in the design phase of the project. The team determined the AD-S12 speaker would be the best choice to cover the long, narrow ‘alley’ at stage left, while a combination of AD-S8T and AD-S82YM speakers would be ideal for the center and right seating areas. “We were able to turn the potential disadvantage of the two poles into a benefit, as they proved to be good locations for mounting the AD-S82YM yoke-mount speakers,” noted Kokkinakos.

Integrating the main speakers with the ceiling-mounted subwoofer might have been difficult if not impossible if not for the QSC amplifiers’ built-in DSP. “The amps’ built-in presets made them almost plug-and-play in matching them to the main speakers,” said Kokkinakos. “We had to use some serious DSP to get the subwoofer integrated and EQ’ed with the rest of the system, which in fact took the most time. However, the amps’ extensive speaker management and time-alignment capabilities made it possible.” The amplifiers are configured into various zones, which further enabled each amp to be optimized to each speaker.

“The sound is dramatically better with the new system,” said Kokkinakos. “The intelligibility coming off the mics is far improved, and visiting front-of-house engineers love it. And even though the speakers are small and sleek, they cover the entire room, and the sound is smooth and even no matter where you’re sitting.”