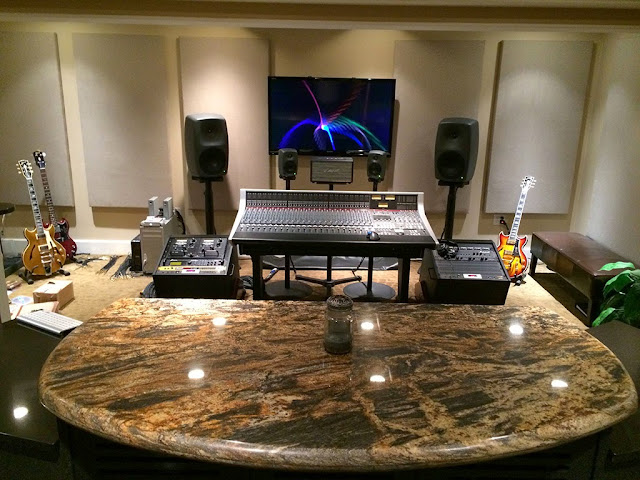 — Working with GC Pro Senior Account Manager PK Pandey, Johnny A. finds the right gear for his unique production style, resulting in his acclaimed Driven LP —
WESTLAKE VILLAGE, CA, March 17, 2014 — Guitar Center Professional (GC Pro), the outside sales division of Guitar Center that focuses on the needs of professional users, has been working with veteran guitarist Johnny A. on his personal recording space, resulting in a custom studio suited to his unique production style and a new LP, Driven (set for pre-release on March 18 on Aglaophone Records), which he describes as his “dream album.” Seasoned as a producer, composer and instrumentalist, the Boston-area musician had not been comfortable taking on engineering duties by himself on previous projects, but he was determined to push himself to new levels for this album, and with the right combination of gear and hard work, he found new legs as an engineer.

Johnny A.’s resume includes time with Derek & the Dominos keyboardist Bobby Whitlock, CCR drummer Doug Clifford, Peter Wolf of the J. Geils Band and others, as well as a reputation for nuanced compositions, masterful playing and studio perfectionism (and a Gibson custom Johnny A. signature model to boot). Naturally, the bar was already high when he decided to outfit his studio and make a new album. His production techniques have evolved over the course of his years collaborating and producing his own and other’s records; he records his guitars direct, an approach that sets him apart from other guitarists and producers. And with the new project, he became comfortable as an engineer and mixer, adding those important skills to his already-impressive toolbox. 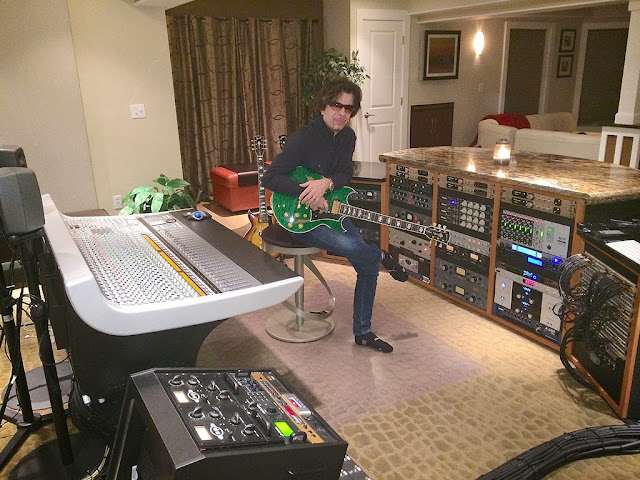 Working with GC Pro Senior Account Manager PK Pandey (based at GC Pro’s Boston office), Johnny A. set out to acquire a new console and a full complement of analog gear. Johnny A. recalls, “I had known PK for years, and over the course of this project, we got closer and closer, and now we’re like brothers. He was well aware of my production techniques, of recording mostly direct, and I asked for his recommendations on analog gear – good, better and best. He knew all the right tools for the job here, and unsurprisingly, we went with ‘best’ in every case!” The gear that they decided on included an SSL AWS 948 console, multiple Apogee Symphony systems, two Neve 1081A EQ’s, two Vintech X73 preamps, an SSL XLogic stereo compressor, a GML 8200 EQ, a pair of Universal Audio LA-3A Classic Audio Levelers, an Isochrone master clock from Antelope Audio, four Distressors, various items from Retro and Mercury Recording, a John Hardy Twin Servo preamp, a Logic setup and Addictive Drums software from XLN Audio.

Pandey remarked, “This has been an almost-three-year adventure, working with Johnny A. on getting his workflow right for this album. And with the AWS 948 console, everything turned out much wider, deeper, higher and warmer than it would have been otherwise. He recorded all the guitars and did the drum programming himself, along with all the production and mixing. He told me it’s his dream album, and I’m so proud to have had a part in getting him the right tools to bring his artist’s vision to fruition.”

Johnny A. is extremely satisfied with the result: “I guess I was a bit naïve in the beginning, thinking I could take on this whole album myself, but we made it happen. It was a daunting experience, but I’m blown away at the finished product. I expected it to live up to my expectations, but I didn’t expect it to exceed them so thoroughly. And I have to give thanks to PK and GC Pro for helping to bring this record to life. What a ride!”